Sentientz Science based Nutrition. Fully backed science on each ingredient showing the long-term positive effectiveness of brain function and support. Feed your brain for improved memory, alertness and focus on everyday activities. Each year you age you brain loses XYZ. As you get older physical exercise is important to stay fit and strong. The same goes for you brain and mind – You need to keep exercising and nourishing it with proven ingredients – Stay Young, Stay Focused.

It has been used for a variety of therapeutic purposes in the Mediterranean for millennia and has been widely studied and used clinically in Europe for decades. Multiple clinical studies have demonstrated St. John’s wort is almost as effective as a prescription antidepressant for reducing sadness, anxiety, and feelings of hopelessness.

Additionally, the medicine appears to ease many of the symptoms that often accompany depression, such as sleeplessness and poor appetite. The key ingredient is believed to be hyperforin, a phytochemical (plant-produced chemical), which may act upon the presynaptic nerves in the brain to build up serotonin levels, much like a selective serotonin reuptake inhibitor would.

The exact mechanism of hyperforin hasn’t been definitively identified, but there is enough positive data to declare St. John’s wort an effective antidepressant therapy. Hyperforin has a short half-life, so St. John’s wort should be taken at the recommended dosage three times daily. 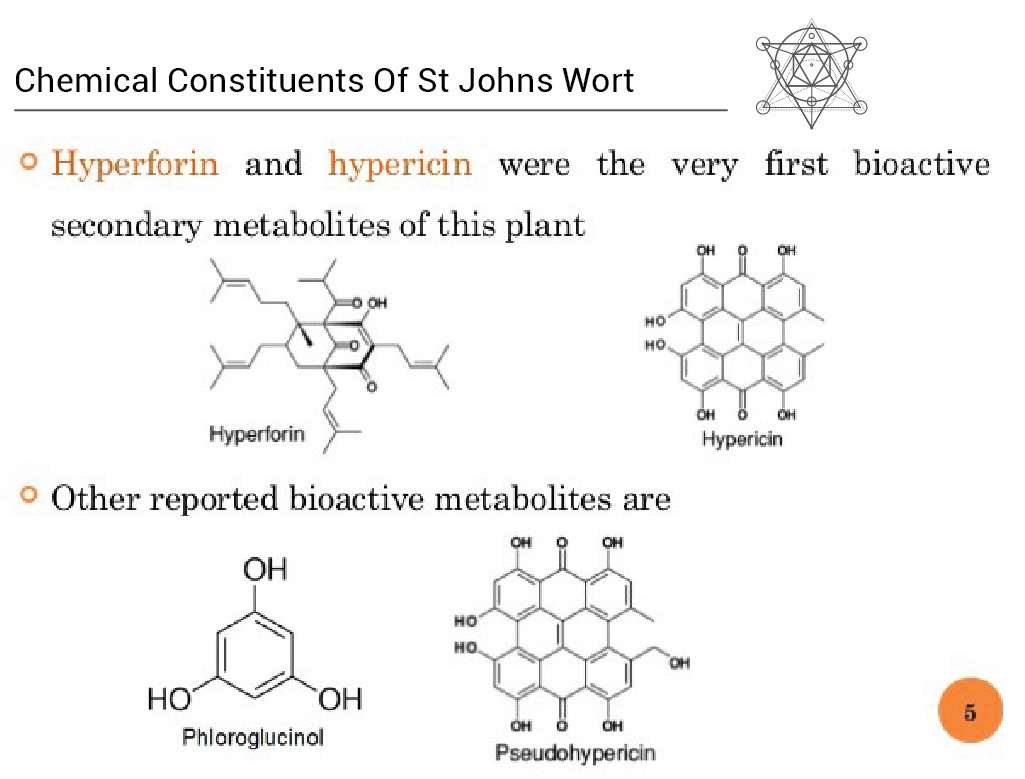 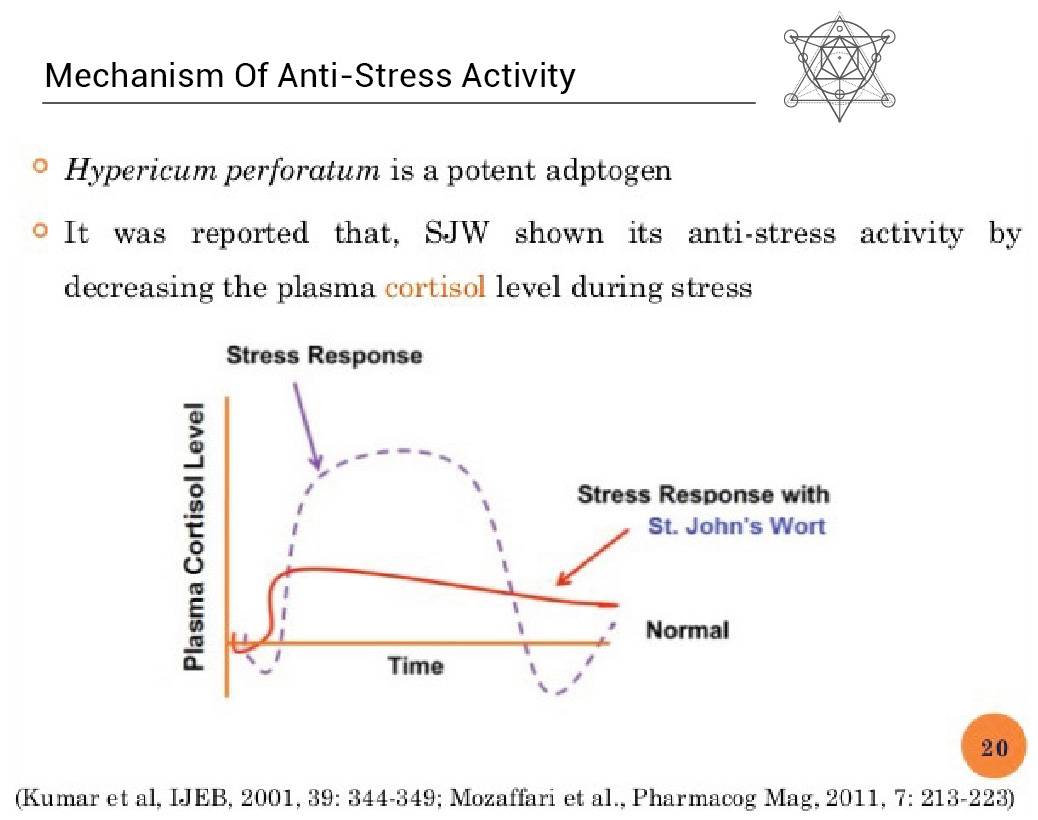 Clinical Use of Hypericum Perforatum (St John’s Wort) in Depression: A Meta-Analysis

Glutamine (as L-glutamine hydrochloride) – As reported on Healthline.com: Glutamine’s immune system benefits are related to its role in intestinal health. In the human body, the intestines are considered the largest portion of the immune system. This is because of the many intestinal cells with immune functions, as well as the trillions of bacteria that live in your intestines and impact your immune health.

Additionally, it is important for the normal growth and maintenance of the cells in the intestine.

Due to the major role of the intestines in the immune system, glutamine may benefit your overall immune health by supporting the intestinal cells. 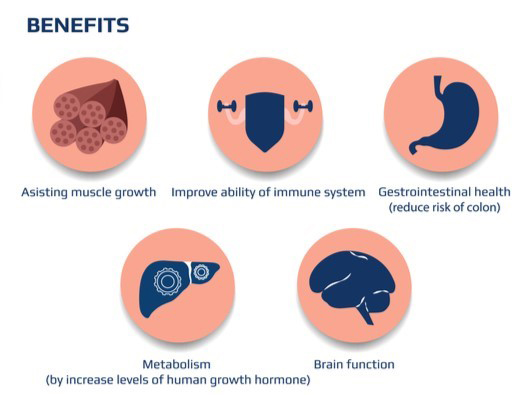 Glutamine and the Immune System

Role of Glutamine in Protection of Intestinal Epithelial Tight Junctions 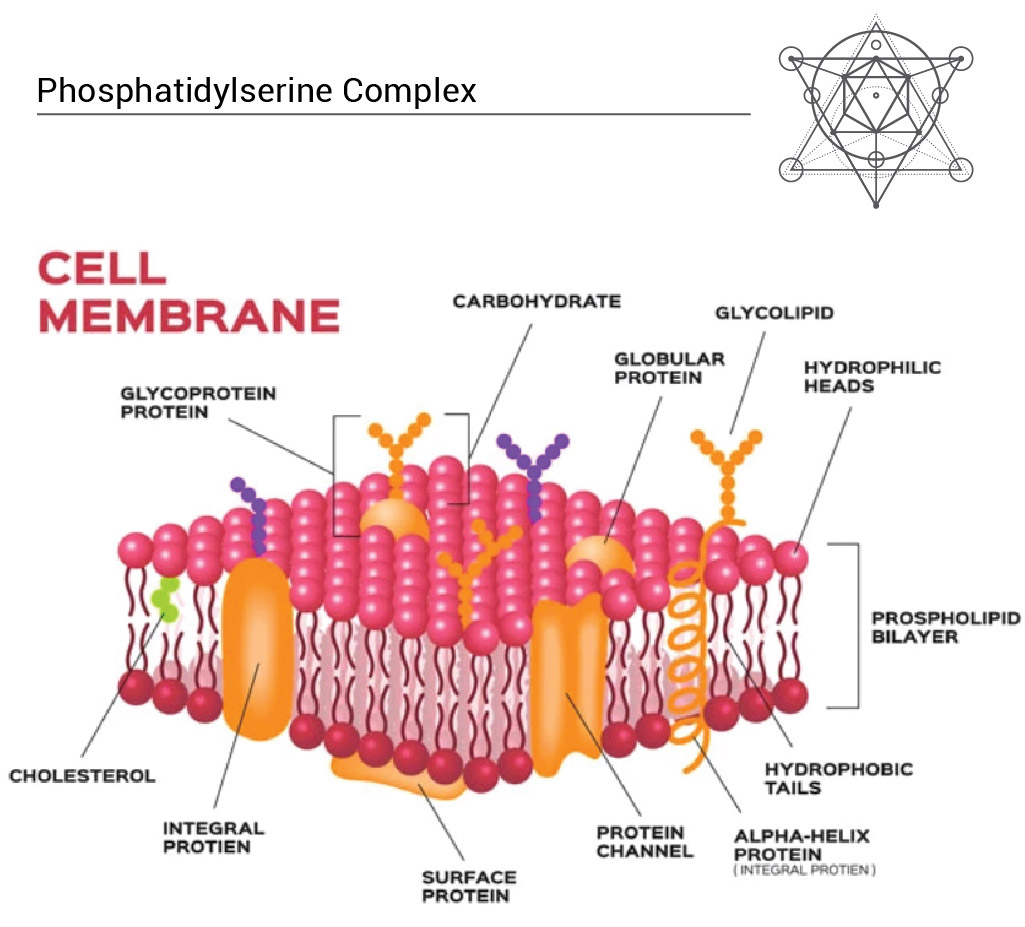 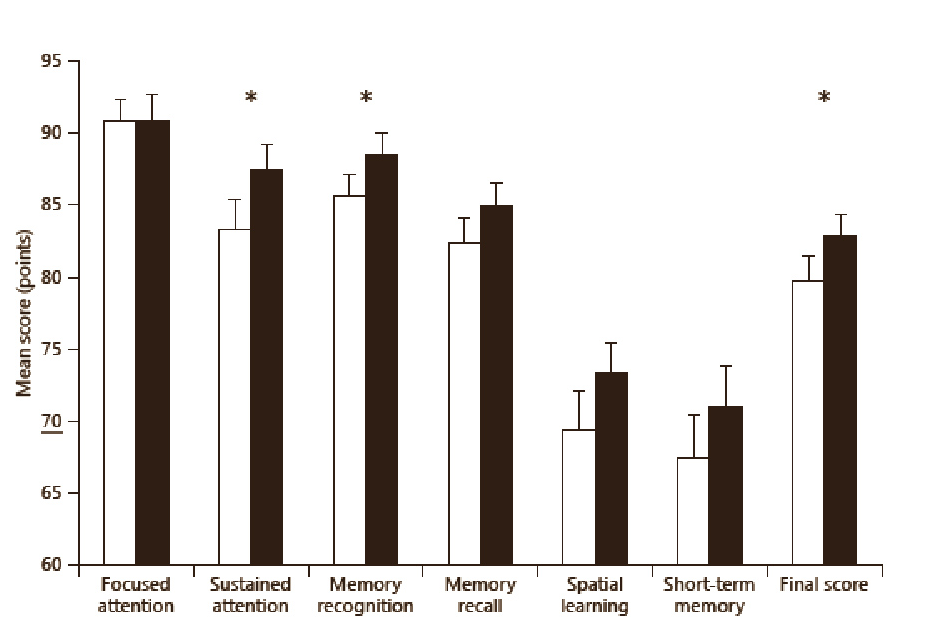 Phosphatidylserine and the human brain

The effect of phosphatidylserine administration on memory and symptoms of attention‐deficit hyperactivity disorder: a randomised, double‐blind, placebo‐controlled clinical trial

Human studies show it may help boost brain function, treat ADHD symptoms, and reduce stress and anxiety. Furthermore, test-tube and animal studies have found that it may possess anticancer properties and reduce inflammation and blood pressure. 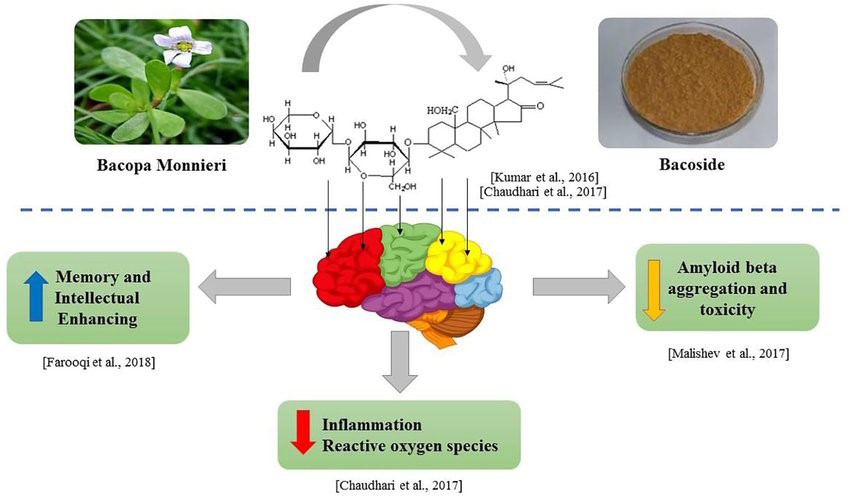 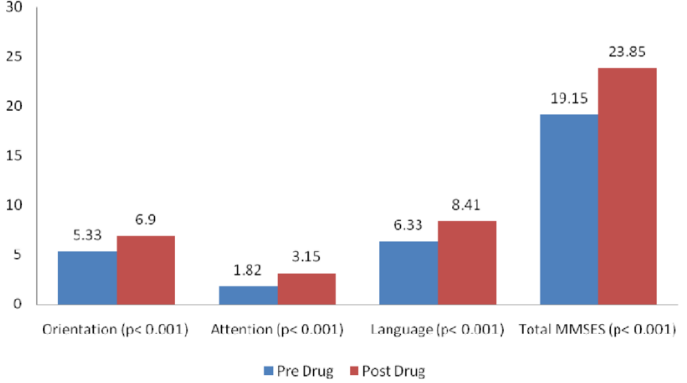 Neuroprotective Effects of Bacopa Monnieri in Experimental Model of Dementia

A Review on the Antioxidant and Therapeutic Potential of Bacopa monnieri

DMAE Bitartrate - DMAE Bitartrate, which is sometimes referred to as Deanol, is an antioxidant that helps nerve cells send signals to the brain. It occurs naturally, known to be similar to Choline on a purely chemical basis working closely with the vitamin B chain.

Physically, it is a precursor to getting rid of the excess fat which tends to accumulate in the liver and improve aging skin. In addition to this, the chemical improves neurotransmission to the brain, improving memory as well as positively affecting mood. 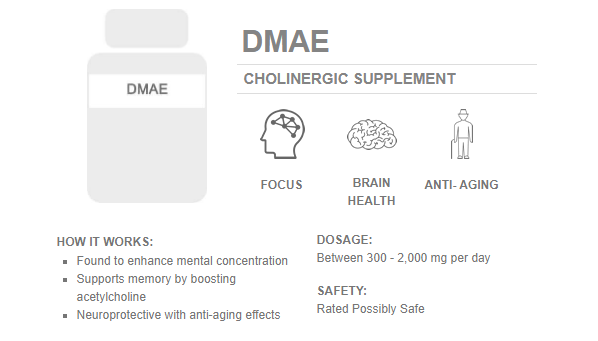 DMAE as sole agent for the treatment of mild cognitive impairment

N-Acetyl-L-Carnitine HCI - L-carnitine is an amino acid (a building block for proteins). It helps produce energy and boost your metabolism rates.

In the body, acetyl-L-carnitine is made from L-carnitine. It supports your healthy blood lipids and cardiovascular strength to maintain your energy and alertness levels.

Acetyl-L-carnitine can support a variety of mental conditions including Alzheimer's disease, age-related memory loss, bipolar disorder, and late-life depression. It is also used for withdrawal from alcohol, and addictive activities.

Mental Impairment in Aging: Selection of Patients, Methods of Evaluation and Therapeutic Possibilities of acetyl-L-carnitine 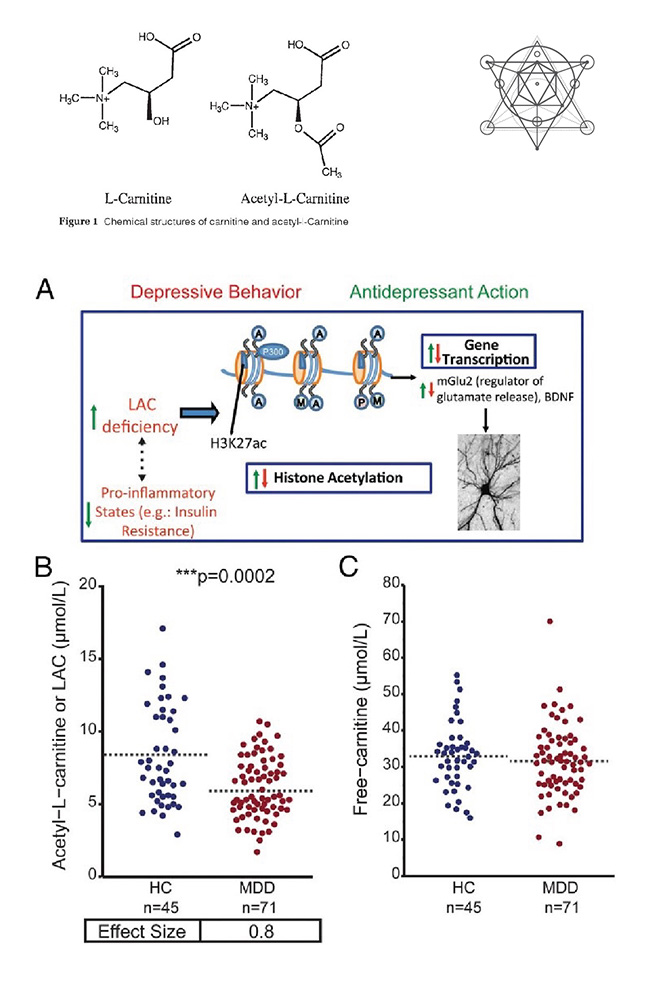 Ginkgo biloba - Ginkgo supplements are associated with several health claims and uses, most of which focus on brain function and blood circulation.

While its leaves and seeds are often used in traditional Chinese medicine, modern research primarily focuses on ginkgo extract, which is made from the leaves.

Ginkgo biloba has strong anti-inflammatory and antioxidant capacities and an ability to improve circulation. 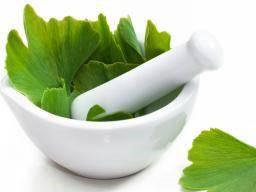 Figure 4 Task switching: mean switch‐costs (difference between switch and repeat trials, A: reaction time, B: error rates) in the pre‐ and post‐treatment sessions for the EGb 761® and placebo groups

Huperzine-A - Huperzine A is a substance purified from a plant called Chinese club moss, and is used for Alzheimer's disease, memory and learning enhancement, and age-related memory impairment. It is also used for treating a muscle disease called myasthenia gravis, for increasing alertness and energy, and for protecting against agents that damage the nerves such as nerve gases. 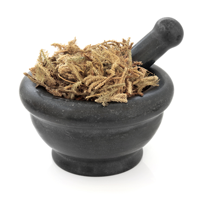 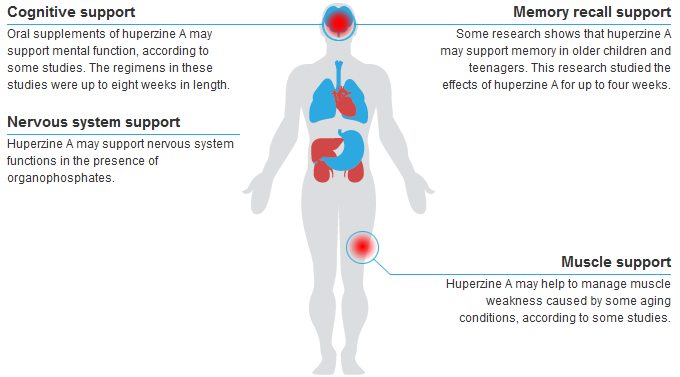 Huperzine A for Alzheimer's disease

Efficacy of Tablet huperzine-A on Memory, Cognition, and Behavior in Alzheimer's Disease

Some Facts About Nootropics

Subscribe to our newsletter to keep up with the latest trends!

Please log in again. The login page will open in a new tab. After logging in you can close it and return to this page.